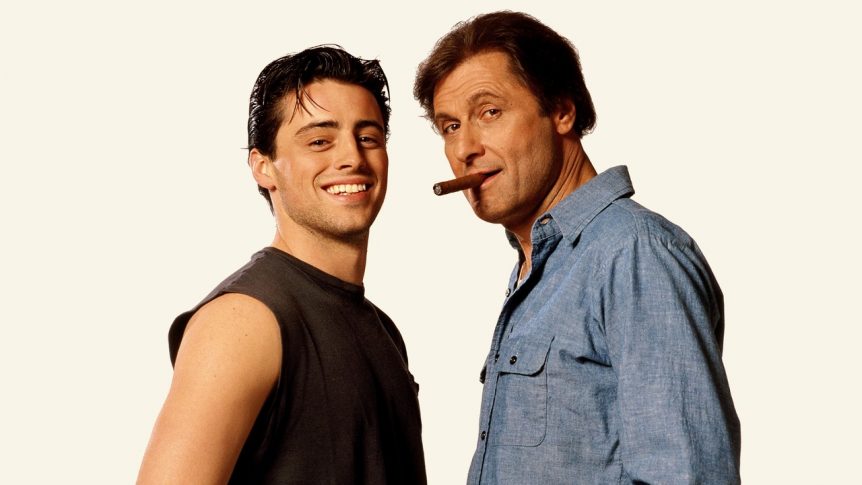 Ralph Kramden had Ed Norton, Fred Flintstone had Barney Rubble, and Married with Children’s Al Bundy had Charlie Verducci as a Best Buddy. Charlie’s big, Jethro-Bodine-brain-sized clod of a son, Vinnie, lived with Charlie in the apartment building Charlie managed. Most of the stories revolved around Charlie trying to get Vinnie to marry rich, so the two of them could live off the in-laws’ money. Vinnie didn’t get much of a chance to achieve that goal, as the show folded in four months.

This is Joseph Bologna’s second outing as a TV Single Dad – – he was on Rags to Riches in 1987.