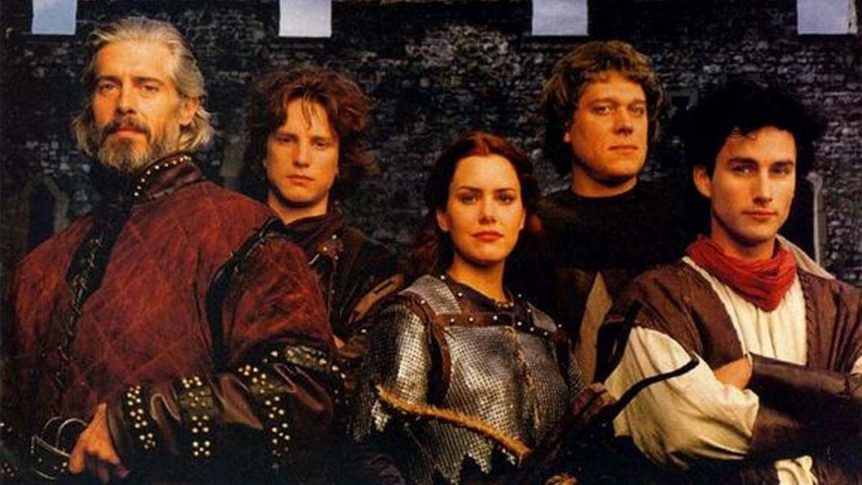 WHERE’S MOM?: Died of plague when Eleanor was 7.

One of the easiest parts of writing for television is that you can take familiar situations, place the situations in a different time period, and WHAM! — a new show. In this case, the writers took the plot of The Big Valley, changed the single mom to a single dad, set the whole family back in the 14th century, and suddenly a show was born.

Sir Thomas Grey had three young sons and a hottie-yet-tomboy-ish teenage daughter living in a big old castle in Kent, England. All the typical stuff with brawling brothers and infatuated daughters came into every episode. This show lasted almost six months, which is pretty long for a medieval drama.